Café Forgot is unlike any other store. Founded by Brooklyn born Vita Haas, 27, and Lucy Weisner, 25, the shop features fantastical, one-of-a-kind pieces crafted by independent designers. Formerly existing in a nomadic fashion and occupying storefronts and gallery spaces, the shop now occupies a year long permanent space in the East Village on 6th Street.

Something special about Café Forgot is the community that has come with its growth as a space. It encourages a slower and more playful way to engage with fashion, designers, friends, and their customers. As the year nears its end for this particular storefront, Vita tells Mixer a bit about Café Forgot evolution and some plans for the future.

SC: How did you and Lucy meet and start up Café Forgot?
Vita Haas: Lucy and I went to high school together in Brooklyn Heights. She was a year younger than me in school, so we weren't like super good friends, but I got to know her through this club I started with my best friend Marland. The two of us started Fashion Club together- it was really funny. She actually designs here, and I’m wearing her necklace right now.  Then I went to Reed College in Portland, Oregon and Lucy ended up coming too. We got super close in college and both studied art history and worked together on all these projects.‍

SC: So you guys had a good working relationship from the start then?
VH: Yeah. We just really get along and we have different styles, but we also always like the same kind of things in terms of fashion. It was just sort of this idea we always had, it seems more like a dream. Like, "we should start a store or we have so many friends who make things". Then, after I had been graduated for two years and she was one year out we got to move back to New York.‍‍

I always think that the hardest part is the first step you know? Things can always just appear kind of impossible.

SC: What would you say was your biggest struggle launching Café Forgot?
‍VH: I always think that the hardest part is the first step you know? Things can always just appear kind of impossible. But we just decided to kind of try something when we first came back to New York. We did a pop up and we were kind of open to whatever that was going to become. From there it ended up becoming a string of popups and we've done them for longer and longer periods of time. Now it's been three years, so...crazy shit.‍

SC: How has who or what you show in the shop changed from when you first started out?
‍VH: I think it's definitely expanded in that at the beginning it was all people from New York, it started with us showing our really close old friends. Like Piera, who makes the candles- has been with us from the beginning and she was actually in Fashion Club. We didn't used to have people shipping to us. Then gradually as each iteration happened, we got more people involved and it expanded in that way, but it's cool to still have the main people from the start. But now we have people from Berlin, Australia, London, and Japan.‍

SC: How did you reach all these people? Because previously you existed through smaller pop ups around mainly NYC?
VH: So for example Marland went to school with the designers Sophie and Claire, so that's one example of how we sort of started meeting more people. Then Marland actually lived in Japan and she connected me with more people there. Then some of the designers that we stock in New York would tell us about friends that are in Australia or wherever. Now since it's pretty big on Instagram we get a lot of people messaging us. It's a really fun thing that we get to look through people's work and stuff through social media. The process of finding designers is different, it's definitely bigger, but it's still really fun.‍

SC: Why is it called Café Forgot?
VH: It's actually the name of a nail polish color.‍

SC: What color is it?
VH: I think it's beige or something but nail polishes just have these really crazy names. It's funny cause we had a really hard time thinking of a name and we had so many options. We just couldn't decide and Café Forgot was on the list, but I didn't like it because I thought it would be annoying. Imagine so many mansplain-y men coming in and being like "is this a coffee shop?" But we still liked something about it. And then we just kind of had to choose something because it's so hard when you don't have a name for a thing.‍

SC: Right, it's like what you said about taking that first step and just pushing it out.
VH: Totally. Right now we are organizing this reading and I'm like, let's just come up with a name. Cause like once you have a name it's so much easier. So yeah, now I love the name, before I hated it, but we just went for it. It very quickly really became the name. It's funny because at first I told my friends and they were like interesting or it's not that bad. Now people are like, the name is so amazing, and it's really grown into its name. I couldn't imagine it being anything else.‍

We love fashion and clothes, but the clothes we're selling are more like art pieces and you really kind of have to see them in person. I also just love the possibility spaces have to offer, like being in a social space it's just so thrilling to me.

SC: How has it been in this year's permanent location?
VH: We started the shop because we actually love being inside the shop space. We love fashion and clothes, but the clothes we're selling are more like art pieces and you really kind of have to see them in person. I also just love the possibility spaces have to offer, like being in a social space it's just so thrilling to me. Also seeing people try on clothes and having these young designers in some cases who have never sold their stuff anywhere. I like the idea of them being able to see on Instagram or even sometimes in person people wearing their clothes. All of that is super important to me. I also really like the events that we've always done and introducing designers to other designers and all that stuff.‍

SC: You had to rethink during the pandemic and start up an online store in April, how was taking up that online identity?
VH: Obviously we had to go online and it's been cool. It's exciting that we are able to share our collection with people who live really far away. And it's also really nice to have an index of everything and the way our website is organized is really clear. I think it's interesting, it sort of changes the way that me and Lucy and also customers inhabit the space. Before we had the online option, it was sort of like, we're here. We are here, you are here, now is your chance.
We've always had back stock since we can't have everything on the floor so now it's definitely better. People can take their time more. Still, there was something really funny about the urgency of it and rushing things out of the back. But I do think there's still that element of urgency or response. The clothes are still all one of a kind and handmade.‍

SC: Café Forgot also hosts a lot of events, like readings, concerts, and comedy shows. What would you say has been some of your favorites?
VH: I really loved when we did a concert at our shop too. Cause we had some friends of ours from LA in and it was just really exciting and I love music. It's fun when there's so many ways you can participate in the shop that don't actually involve buying clothing. Cause I want everyone to be able to hang out too.
We also have this event called Side Effect that was supposed to happen in March. It was a week before all the closings happened. It was going to be this healing salon that we were organizing with Jade who does 69 Herbs. and Cara, who is a designer that works with natural dyes. They were curating it and it was going to have breath work, reiki, and this natural dyeing class that they were going to teach together and they had a lot of different practitioners involved...But, unfortunately that didn't happen IRL, we ended up doing it on Zoom. ‍

SC: How did you feel about the way the Zoom events rolled out?
VH: It was cool that people could come who weren't even in New York, like this girl came in the other day from Canada and she was like, “Oh, I went to the reading.” The reading I thought was actually really successful because something about the Zoom format lends itself well to a reading. In terms of the online events my favorite was the reading, just being able to connect with people without physically being there. ‍

SC: What are some things we can expect in the future from Café Forgot?
VH: In December we'll be leaving this space but we're going to continue online. Then we will probably be moving somewhere that's pretty close to this spot. In terms of long term, we want to do a couple different things. We did a pop up in Portland, Oregon, at Stand Up Comedy, which is a store me and Lucy always really liked in college. We became friends with the woman who owned it and always wanted to go hangout there. So it was really fun and we want to do one in LA. So that's long term, and maybe Paris too. 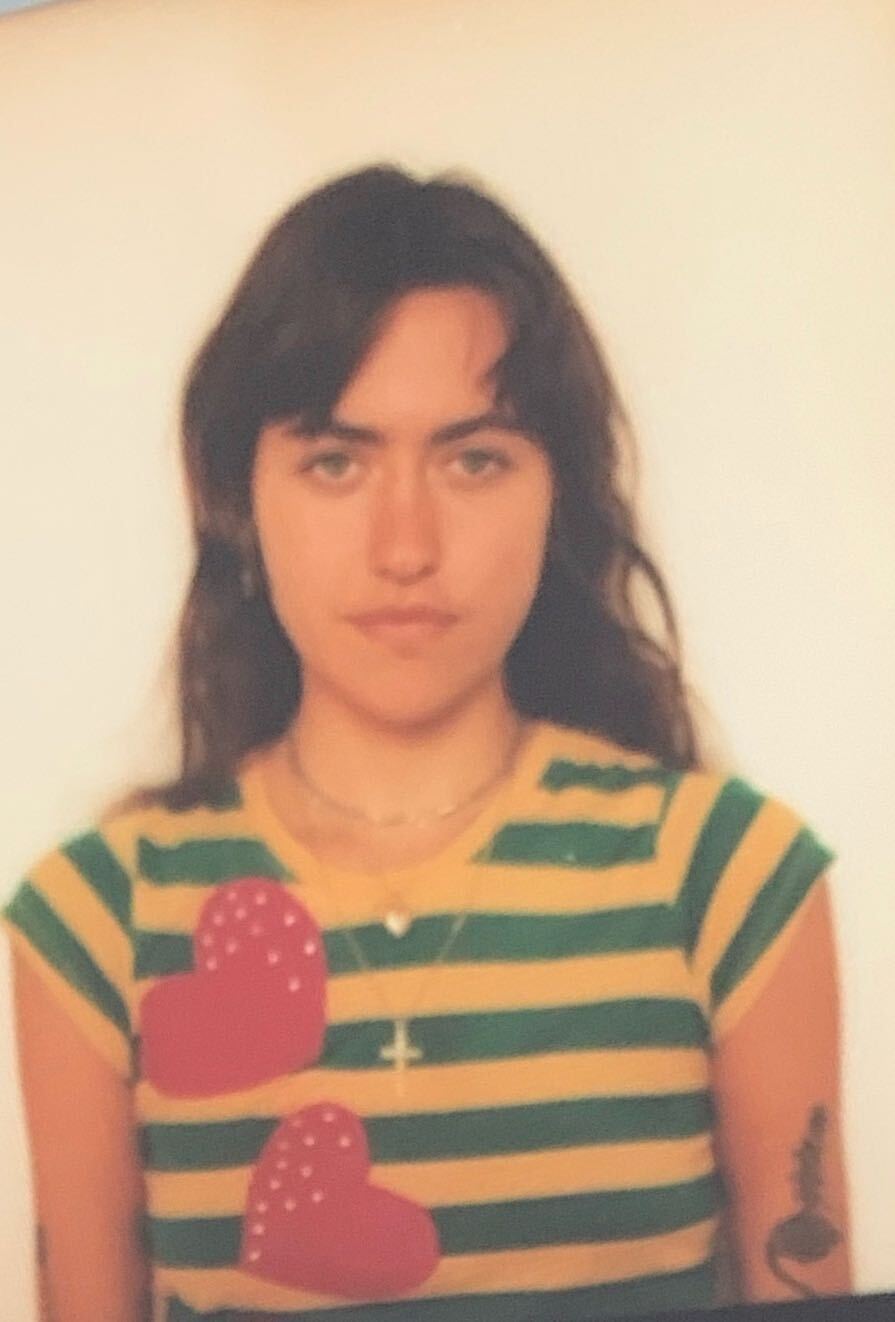